Relationship Marketing: It’s All About KLT (Know Like Trust)

It’s All About K-L-T
Know-Like-Trust 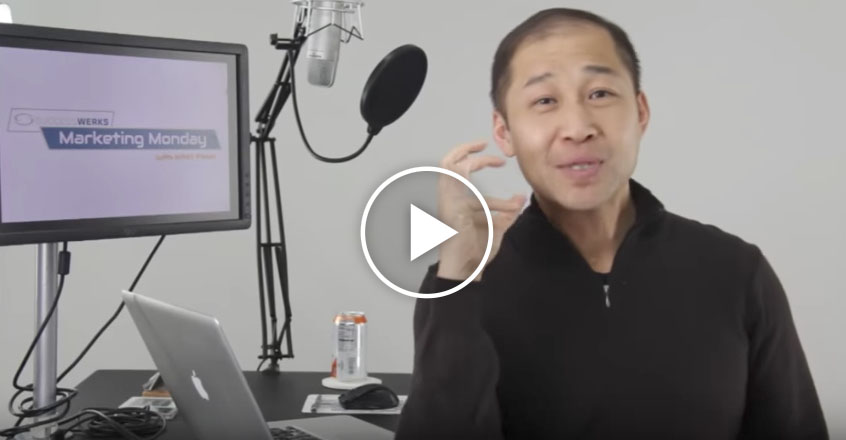 Let’s talk about building relationships. We’re going to talk about K-L-T (Know, Like, Trust), Engage, and Listen. Those three things are the big topics for today.

What is K-L-T? Know, Like, Trust. You have to get people to know you, like you, and trust you. That’s how you build relationships. Sometimes you might want to circumvent some of these things and you want to just sell things and all that. Remember you’re trying to build a community online, not by pitching things. Get the community you build to know you, and like you, and trust you. Tell your story. Don’t make it verbose and too long, but it’s all about K-L-T.

You know, Facebook is the backyard barbecue of marketing, and LinkedIn is the water-cooler talk. Make sure people understand your story. You’re learning about them as they’re learning about you. It’s all about K-L-T. Know you, like you, trust you before they pay you.

Also get them to know you, like you, trust you before you start asking for a ton of things. Even if it’s just to like and share things, they gotta K-L-T you before they’re going to share your stuff with other people. Sharing is going to be another big piece of how you build that community. That’s K-L-T.

The next part is Engage. Are you engaging your customers, people around you, your community? It’s so easy to just spit out things all the time, grab memes and, yes, they’re funny to you, or maybe even educational to you, they’re entertaining to you,. But are they, are you, reaching out and doing things for your audience? Are you liking their stuff?

You’ve felt it before when you’ve put stuff out there, you’re like “Oh, gosh, no one’s liking this? Why not?” If you want people to engage with you, engage with them. Like their stuff, comment on their stuff, that’s the best way. It’s so east to just “like” and be done. But how many times have you put a comment out there and they replied back? That’s the engagement piece. Make sure you comment, and then share it with other folks. Don’t you get excited when somebody takes your message and shares it to a whole other audience? And they start liking it, their audience starts liking it, their friends start liking it, their followers start liking it. So share this stuff.

And then here’s one I think I need to get back to (Shoutout to Susan Roanes; she wrote the book How to Work a Room and she has a digital version available. And to my friend Patrick Moran; I’m constantly learning things from him and how he often applies the offline world to the online world. He does a great job of this as well) is the discussion piece. Get in a dialogue with people. Talk to folks- on Facebook, you can actually reach out and have chats with them. One of the big things folks don’t get about Twitter for instance is they say they put their stuff out there, but nobody really likes it or follows it or hearts it or whatever the case may be. And it’s really about the discussion.

Just reach out to influencers. Half the time influencers will reply back to you, by the way. Reach out to fans, general customers, maybe somebody who has two followers; you never know what impact they may have in other channels. There’s a lot of one-on-one that folks want to scale, but you have to do it on a smaller version first before you really scale that. So again, a lot of it is just one-on-one but you can reach folks a lot easier sometimes on Twitter than you could maybe even by email because they get bombarded by email and they don’t always get your message. An @reply on Twitter or even a message on LinkedIn done correctly can be perfect.

Last in Engagement is just add value to them Maybe you match make with them. You’re seeing some things on their posts and you try to match folks up, or you put a little article that pertains just to that individual. That’s part of engagement, but you’re taking it up a notch, you’re sharing a specific article to a specific person and that’s it. It’s not about reaching dozens or hundreds of people, it’s just about reaching that one person. If other people get affected by it then great, but it’s really about delivering that message to that one person.

Josh (who’s behind the camera) always asks me in these videos “who are you talking to?” I’ll go all over the place, and he’s gotten me to think “alright, who’s that one person I’m really helping?” Think about the same thing. Who’s the one person you’re helping, and it will scale. If you’re not coming from the heart that’s an issue. That old adage of “people don’t care how much you know, it’s how much you care” that’s a big part in building an online piece. And the way to do that is listen.

You remember the old Get Smart show? (For you millennials, if you’re watching, you’re probably like “huh?”) But there’s this thing called the Cone of Silence. They go in there and it’s supposed to be all secretive talk, and you can only hear the people in the Cone of Silence. In social media it really works. The way you can do that is put lists together. Friends lists, Twitter lists, you only hear those specific folks. Because social media can get really loud, right? Particularly Twitter. But if you can narrow down by hashtags and lists, then you’re really able to listen in, and that really the key. You can just follow, but follow so you can get those alerts. Don’t follow everything, follow that key, what I call, 20%. We often talk about Pareto’s 80/20 rule. What 20% is going to give you the 80% of that impact and relationship, and that relationship value?

You know every time somebody specific to me tweets, or the post something on Facebook , orthey put something online, or even Google alerts for them, I’m listening out for what they’re saying. Or listen out for the articles that might pertain to the key people that’s important to our business world. That’s one of the big ways to be able to start building that community. Do it throughout the whole community, and listen in to what they’re trying to say, what they’re trying to do, and if you can implement that, that’s huge. If you only do one thing on social media for building relationships and building that tribe, it’s listen! Grandma always says that’s why you got two ears and one mouth. Even online, listen.

Until we meet again, be successful, and stay social.

You can also watch the full video here.