The Five F’s to Standing Out In Social Media

The Five F’s to Standing Out In Social Media

The Five F’s to Standing Out 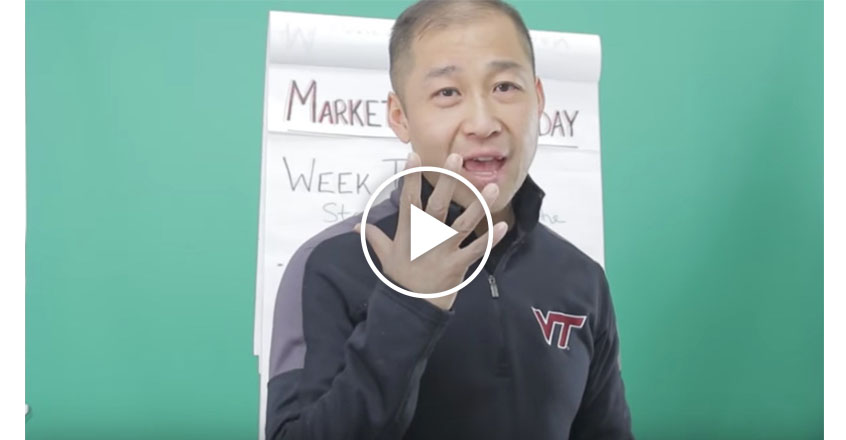 We’ve been talking about the 5 keys to social media. This is part 2 in a 4 part series to our Marketing Monday with a bonus near the end. Today, we have what I call the Five F’s to Standing Out.

The first “F” to standing out is being Fractious. Fractious is the number one thing. It took me a while to figure out what fractious means (My friend Patrick shared this with me), but it’s being a little unruly, a little outside the box. Not the norm. That’s why, if you notice people on the outskirts, whether you’re Howard Stern or Rush, those are the folks that get the most attention.

If you’re in the middle, you’re not really being heard because you’re not saying anything insightful, and anything that really stands out. So make sure you’re fractious. Those are some examples of traditional folks, live folks, again I’m working to amp that up as well. How do we stand out? And folks like Gary Vanerchuck, he obviously is fractious, he stands out. So that’s number 1.

Second one is Funny. You know what works. Be funny. Cat videos, have an easel fall down all over the place, funny. Funny works because everybody needs a little bit of humor.

Tony Shay back when he was running the Zappos- he has a lot of little quirky humor. He would say, my favorite one that was off the cuff, he was driving behind Jack Dorsey, founder of Twitter, on the highway, and he said “I don’t think this is what he meant when he said ‘follow me’.” A little tongue in cheek. But funny works. So that’s why I loved following Tony, say, for the longest time when he was running the Zappos Twitter account.

You do all those things enough, you’ll be Famous. Or if you’re famous, that’s why it’s real easy to stand out. You already have some quality or thought leadership or something that people already know you for. But if you do the first two you may become internet famous, social media famous.

The fourth “F” is Facts. Lots of facts that people don’t know that you can share, those are great ways to stand out. Statistically, particularly if it’s visual. Infographs. You see a lot of infographs on Pinterest. You see them everywhere, but Pinterest is where I think it really found its early home, its tractions. Put out tidbits out there, when you are at a conference, and especially if you’re able to do a lot of these things, and you’re…

First. A lot of the trends that you see on social media, the people that are first doing it in their genre or locality. The last one was the Mannequin Challenge. Remember how everybody stood still and the camera went through? You do the mannequin video now… ehhh. How about the ALS Challenge? Some folks who were in the business, or even outside of the business, it worked really well early on, but then after a while, it’s like “Okay, we got another ice bucket person, okay yay.”

Until next time, be successful and stay social!

You can also watch the full video here.